Two Engines or One…

Two heads are definately better than one... but does that apply to engines?

Heavily engaged in conversation with a person of “old-school” mindset regarding the count of engines, it occurred to me that there are many misperceptions still around and little can be found on the advantages/ disadvantages of having more or less engines. My background in both the aviation and marine worlds gives me some insight that may help educate and settle the debate.

Obviously having an engine running in the aviation world is even more important than with boats. When an engine fails on a boat at least you are still floating, and unless in extreme circumstance will have time to evaluate or remedy the situation, and probably have the time to call for help. All Gateway Yachts have “Vessel Assist” insurance, by the way, so if you happen to be dead in the water get on channel 16 and call them – do this FIRST before you get into serious troubleshooting as you can always call back and cancel the call.

The Wright Brothers flew with a single engine, but didn’t get far at first. As aviation progressed so did engine technology and that really is what enabled huge strides. Think about how far aviation went in just 100 years, flying has become completely routine and is the safest form of transportation there is. It’s simply amazing and largely on the back of better and more reliable engines. 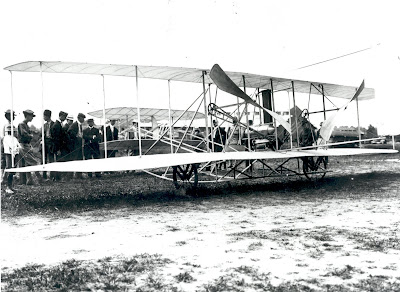 Early reciprocating engines were heavy, complex, and prone to failure. As airframes grew in size, manufacturers had to add more of those heavy and complex engines. Large airplanes that flew overwater eventually had 4 or even 6 or 8 engines! But as jet engine technology progressed, the power to weight ratio steadily increased as did reliability and economy. Many of the first large jet passenger airplanes had 4 engines and that was the standard for several decades. 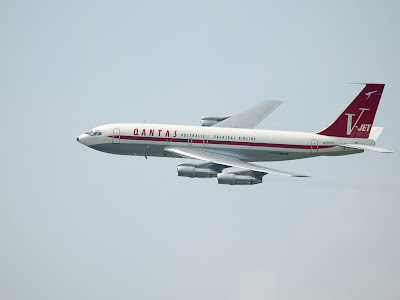 In 1985 Boeing began pushing what is called ETOPS (Extended-Range Twin-Engine Operations) that allowed their two engine jet aircraft to fly longer legs over open water (the longest uninterrupted over water leg on the planet is from the U.S. mainland to Hawaii). The FAA approached this very slowly and conservatively as the thinking was that two engines was much less safe than four… but today statistics PROVE the opposite! There is simply no denying that air travel is far safer today than it had been, there are a lot of reasons for it, but FEWER engines is one big counter-intuitive reason why.

Part of the reason is inherent in design. A four or three engine airplane is designed to maintain a specified climb ability with the loss of a single engine – that climb is very shallow, but is required to be positive. That is how the engineers size the engines they put on the plane – just powerful enough to produce that climb rate. Anytime you wish an airplane to climb, you must produce MORE thrust than is required for level flight. In a four engine airplane, then, you basically have a little bit more than 25% excess thrust with all engines operating. 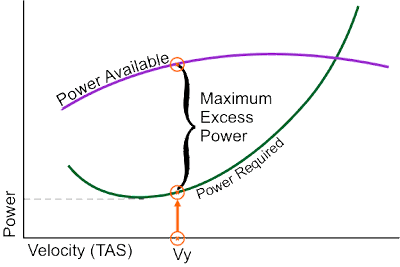 In a two engine airplane, it still must maintain that rate of climb with the loss of one engine, obviously on the one remaining engine. The two engine plane with an engine out lost 50% of its thrust and is still climbing, whereas the four engine plane with a single engine out only lost 25% of its thrust to maintain that climb rate. This means that when all engines are operating, which is almost always, the two engine airplane is the better performing airplane! It climbs faster and higher which provides more safety margin in normal operations than does the four or three engine airplane.

That’s just one part of the safety equation, however. Another is that simple logic tells you that when you have 50% fewer engines then your odds of losing an engine go down by 50%! But wait, that’s not exactly true! In fact, a two engine airplane has even better odds in its favor than that… there are two reasons for that. The first is half the engines also means less complexity in most other systems – less complexity means lower odds of problems which equals higher safety. The second reason is that because the two engine plane has bigger engines and more excess thrust, then under normal conditions those engines are working LESS hard to accomplish the same performance – in other words, they are not pushed to their limits as often, thus lower odds of failure.

And if you do have a failure, then the get home engine(s) are probably working their very hardest to do so – thus the risk of another failure is much higher. The pilot is also now distracted, thus opening the door to other risks. Is it not best to avoid a problem in the first place? Yes, and statistics prove that in spades, not even close.

I can hear the old school power yacht and fishing crowd yelling, “But we’re talking one engine versus two, the loss of your ONLY engine leaves you with nothing!”

True… Well, not exactly nothing, but we’ll get to that in a moment.

In the boating world two engines has one definite advantage over one, and that is slow speed maneuverability. No denying that. However, most modern single engine yachts are equipped with bow and/or stern thrusters that completely negate that benefit. Manufacturers are installing them on smaller and smaller boats, and those thrusters are more usable and reliable than ever. Thrusters are extremely easy to use, simply move a joystick to the side and the boat moves sideways – so easy any novice can pick it up with almost no training, something that cannot be said of operating two engines using asymmetric thrust to maneuver in tight places! 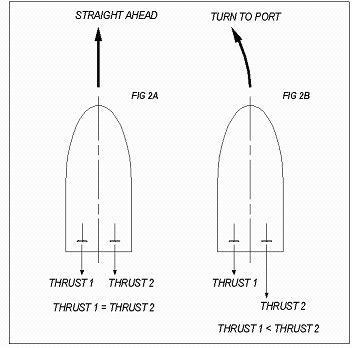 As far as the advantage of two engines over one goes, that’s about as far as sound logic will take you (in most pleasure boat circumstances).

Most of the other advantages described above are still true when comparing two to one engines and they are also true in boats as well as airplanes. One engine producing the same horsepower is lighter than two. One engine requires less complex systems and is therefore less prone to breakdown and therefore weighs even less. One engine normally operates at a reduced power setting relative to its twin equals, thus placing less strain on that engine. One engine produces far less drag underwater than two. One engine burns less fuel, thus you have to carry less fuel, again carrying less weight.

A one engine yacht is simply far more efficient, it costs less, and the odds of having a problem in the first place are greater than 50% less than with two.

Of course any good pilot, be it in the air or on the water, will want to come up with worse-case scenarios and then give themself a problem… Loss of an engine inside of the Puget Sound, for example is mostly a no brainer – the RISK to your boat and to your personal health and family’s health are pretty miniscule. Only in extreme weather or operating in extreme tides very close to shore would you be vulnerable, and then you should be asking yourself why you are there in the first place? In fact, I can make the case that when you factor in other systems that you and your family are almost always safer on the single engine boat versus the twin. I say that because not only do I factor in lower odds of having an engine problem in the first place, but I also factor in less complex systems and the distractions of the much higher twin-engine odds of having a problem in the first place.

While we’re worse-casing one over the other, imagine the much larger engine compartment with two sets of fuel lines instead of one. Two generators and all the necessary electrical components versus two. Which has the lowest odds of fire? Uh huh. And which is worse, no power in a boat or fire? Uh huh, how’s that old school philosophy feeling right about now?

I mentioned that just because you are without your main engine, you are not necessarily helpless. Again, in a populated area like the Puget Sound, the radio is your friend and help will not be very far away. But you may also have other options, like some boats allow you to mount your kicker in order to allow you to limp into safe harbor. Most yachts have skiffs with engines that could also be launched to help keep a boat off the rocks until help arrives. You would be surprised at how little thrust is required to move even a fairly large boat.

In fact, most large open-water global expedition yachts today are powered by a single engine! And some have designed pretty ingenious backups. One method is to have the means to mechanically neutralize the propeller shaft and then power it either with an electric motor or with a hydraulic motor. Those motors are then powered by the ship’s generators. 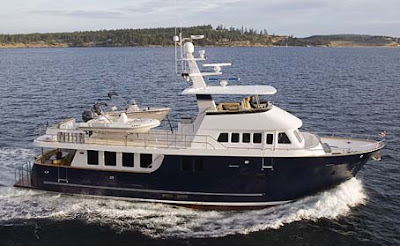 Take Northern Marine’s larger yachts as an example. They have a single engine and up to three gen sets. In the event of main power failure, the gen sets are capable of running a hydraulic motor that can power the main shaft to produce about 4 knots of forward only speed. Of course that backup doesn’t protect you in the event of a shaft, propeller, or rudder problem, but those problems are rare, especially in well-designed boats that adequately protect those components.

Today’s modern diesel engines are extremely reliable and very efficient. Even the modern gasoline outboard has come a long, long way from the engine powering the Wright Flyer! This brings into question how to equip different types of boats. Much debate, for example, went into whether Gateway Yachts should power the Pacific Explorer with one engine or two.

From a marketing standpoint it is easy to say, “Look at those two shiny engines, safe and reliable!”

But I’ve seen the data, both for safety and for efficiency. When it comes to efficiency a Hewescraft Pacific Explorer equipped with two 150 h.p. motors burns far more fuel, weighs more, and goes slower at top speed than the same boat with a single 300 h.p. motor! In fact, the two engine version is nearly 200 lbs heavier, that is the equivalent load of another fisherman standing on the transom! And two outdrives in the water with the commensurate drag is a large reason it burns more fuel as well – both mechanical and form drag are in play. And in the case of the fishing boat, the addition of a kicker is sufficient back-up for every possibility one can think of. Oh, and operating one engine with a kicker instead of trolling on a big engine is far less expensive as well – not to mention that the purchase price of the single with the kicker is way less initially as well!

So, what’s not to like? I’ve lived a great portion of my 50 years in the air and on the water, I’ll take the single engine and will be comfortable with my family by my side any day! The more engine mentality was forgivable with fuel at 50 cents a gallon, but not at $4 or more.